In March, Dom from Portals to th 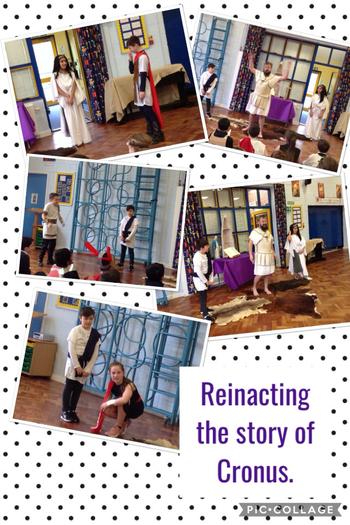 e Past, visited Year 5. We took part in many different activities to help us understand about the Ancient Greeks.

To begin, we reenacted the story of Cronus. This gave the children a good understanding of the relationships between the Titans and the Olympians. 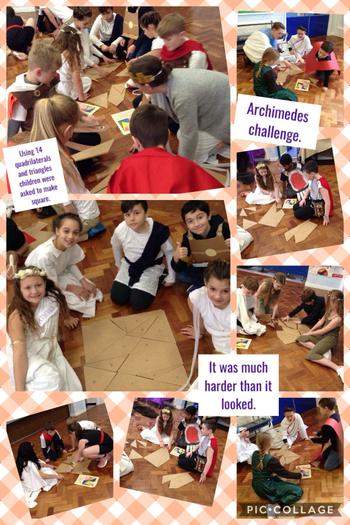 Next, children worked as part of a team to completed a Greek puzzle. The puzzle consisted of quadrilaterals and triangles that fit together to make a square. The puzzle was invented by Archimedes, a Greek mathematician. It looked a lot easier than it actually was. 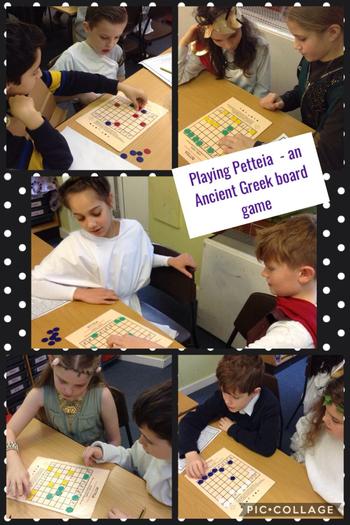 After lunch, we played a game of crushing. A Greek game using counters and a square board. The aim of the game was to 'crush' your opponent by blocking them in between two of your pieces.

We love and learn together by growing in friendship with Jesus